It’s a warm sunny day, you’re through another tough week in the office and you reach for your favourite beer. Do you ever stop to think about the origin of that deliciously cold carbonated beverage? Probably not.

In this article, we transport you back into the 1990s to look at the very rare example of when the world’s top beer producers tried and failed to break the Chinese market. Now, things have changed since this time, but it is a glorious example that even a shiny brand name does not appeal to all. 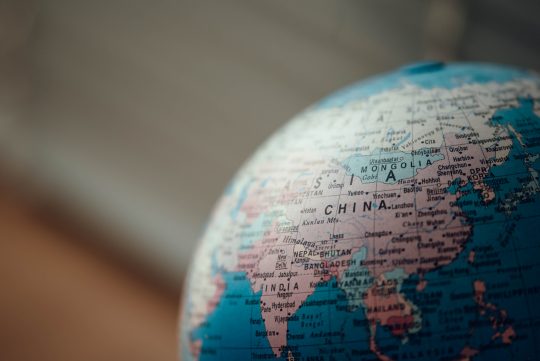 A Goldman Sachs report highlighted that from 1995-2000, the average annual growth of the world beer market was 2.6%. In Western Europe, sales were almost flat at 1.2%. However, the Asia-Pacific market grew by 7.7%. China was the largest market within Asia-Pacific accounting for two-thirds of consumption. Demographic was key to growth for these markets because the greatest beer consumption growth was with younger people under 30:

However, these figures dropped significantly in Europe: 38% in the UK and 33% in Germany. The Chinese market looked increasingly attractive when competitiveness was considered as in Korea, as 99% of the market was controlled by three players. In Australia and the Philippines this was 96% and in the US 80%. However, in China in the 90s over 800 firms competed for market share.

The Chinese Government’s open-door policy increased foreign brewers in China in 1992 from four (San Miguel, Asia-Pacific Breweries, Pabsr and Beck’s) to 16 in 1995.

“1994 was the lift-off time when everyone came and looked around and saw no branded products… The trouble was, another 80 other companies did the same thing on the same day. And there still isn’t a premium market.” Tim Murray, a former Foster’s executive.”

Brewers built state-of-the-art production facilities, spent huge sums of money promoting their brands and invested to compete against numerous rivals. Ultimate failure in the market was due to:

We’ve mentioned previously that premium brands were not prevalent within the Chinese market and consumption only accounted for 5% of the total. The price of local beer in China was on average US$0.20 – $0.30 in the 90s but foreign brands were priced at approximately 400 to 500% more expensive. Local brewers leveraged their volume efficiencies to maintain a lower price, given foreign brewers razor-thin margins to operate under. This situation took its toll and Foster’s, for example, sold two of its three Chinese brewers in August 1998 as the result of heavy losses.

Whilst not usually associated with the Chinese youth, brand loyalty and patriotic emotions played its part in damaging the growth of foreign breweries. Chairman of Tsingtao Brewery, the largest at the time, said: “Chinese have a very strong sense of home place… If I live in a place, I want to drink my local brand… I don’t go into a place and say, ‘My Tsingtao beer is better than your beer. My quality is better than yours. So why don’t you drink me!’”

Finding reliable distributors in such a vast country was difficult for foreign firms. A study by McKinsey found that the typical distributors in China scored either “very poor” to “low” on all indicators of quality: physical delivery, sales, merchandising, promotion and collection.

As you would expect, foreign breweries launched their arsenal of glitzy brand-awareness tactics on an attempt to dominate the Chinese marketplace. They had worked well in the West, so what could go wrong? It wasn’t just the content of the adverts, pushing consumers to premium beer, that failed to land with the audience. The market simply was not prepared to pay premium prices for foreign beer. They did raise awareness, but this awareness did not push sales.

So, there you have it. A dozen foreign brewers lured by 1.25bn Chinese consumers with increasing affluence, a fast-growing beer market and a slowing growth in their existing marketplaces withdrawing after only a few years have made severe loses.

We’re going to revisit this topic soon as there was one key foreign player who managed to succeed, but that’s another story for another day. In the meantime, speak to us about what you need to consider when launching into another country.