It is widely believed that the colour of your brand will change your customers perceptions of your company. So, if you’re thinking about creating a new brand or updating your existing one, learn about what colours are going to be ‘in’ next year. 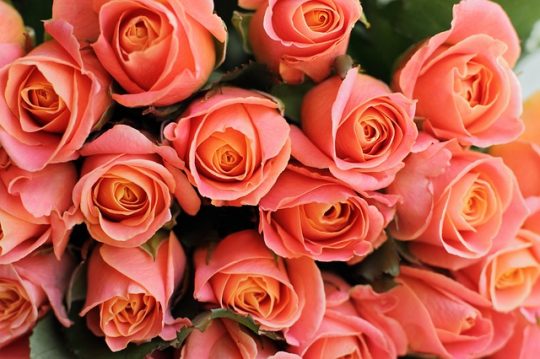 We had to look at The Pantone Colour Institute, the consultancy behind the Colour of The Year, to see what they’re predicting with rock our branding worlds next year. Firstly, they’ve recently announced that the colour of the year for 2019 is Living Coral. Thanks to Pantone, we have 72 colours in eight colour palettes that are predicted to soar in popularity next year, but we’re going to focus on the 2019 Colour of the Year: Living Coral.

The colour coral was first named after the cnidarians found in the sea and, according to The Dictionary of Colour, first appeared as a colour name in 1513. While coral as a colour name made its way into Western countries in the 1500s, a darker shade of coral has long been important in Hindu philosophy. According to yogic philosophy, four red coral leaves represent natural pleasure, great joy, the delight of controlling passion, and the blissfulness of concentration.

While orange itself is widely thought of as being an everyman’s colour, coral is differentiated by presenting itself as a much more specific oceanic reference – which certainly plays into the current environmental theme being used by so many brands. Coral is also the colour associated with emotional rejuvenation, and of expanding one’s thinking outside the box.

Whether this will result in some of the world’s biggest brands planning outrageous and bold marketing strategies using Living Coral remains to be seen, but it’ll be interesting to see whether there is now a wave of campaigns using the 2019 colour of the year.

For more information about what certain colours mean in different parts of the world, and how that could affect your business’ plans, get in touch with our team today.